LF-routes, the national long distance cycling routes in Belgium, signposted in both directions, are a network of cycling routes through Belgium, all identified by a name and number, the suffixes a or b indicating the direction of the route.

Flanders has also a circular Long Bike (LF) Route (800 km) which loops through the 5 provinces of Flanders and leads you from the coast to Bruges, Ghent, the Scheldt River basin in Antwerp, Lier, the Kempen area, Haspengouw and the border towns with The Netherlands in Limburg, returning via Tongeren, Leuven and the Green Belt around Brussels to Oudenaarde and onwards to the Flanders Fields region and back to the coast.

Along the way, there are bike-friendly camping sites and lodgings, providing facilities for you as well as your bike (hose-down area, repair kits, bike shelter). 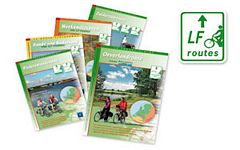 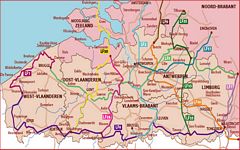